“Learn From Mistakes,” They Say. Here Are Our Business and Marketing Mistakes, Broken Sites, Not Fun Stuff 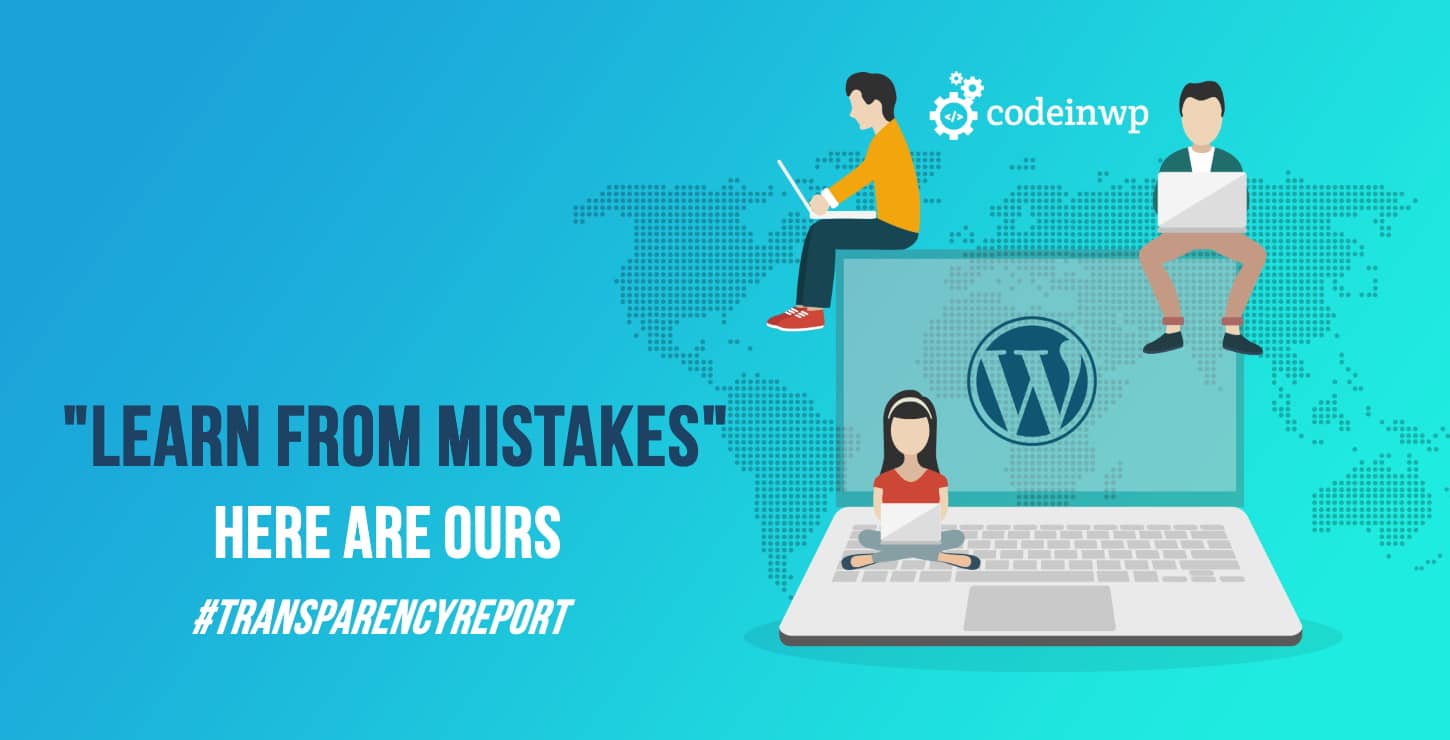 We don’t like to make business / marketing mistakes, but we’re really, really good at them. You might even say that if we weren’t so good at them, we might never have made it this far. Here’s why:

This might come as a surprise to regular readers of these transparency reports because they know that we’re doing alright as a business. However, it was our big, bad mistakes that helped us reach the heights of alright.

We’ve managed to thrive despite making all the business and marketing mistakes “they” tell you not to make. We broke thousands of sites with one update, and we’ve thrown thousands of ad dollars into the wind. Once, we even took the give out of the giveaway. And, that’s not to mention all of the shattered dreams.

Through all of these mistakes, we kept learning and avoided repeating them (too often). Today, I’m going to lift the curtain and share the biggest ones with you. I hope that you’ll enjoy this, but, most of all, I hope that this post will help you avoid making similar mistakes yourself.

We’ll start at the very top with the boss man, who managed to make one of the biggest mistakes ever. One thing you should know about our beloved leader is that he likes to do things fast. So fast, that he considers the “move fast and break things” philosophy to be a touch too conservative to be a viable business model.

Ionut decided to make a quick edit to a theme. Zerif Lite was active on over two hundred thousand sites. Still, since the edit was tiny, he decided to jump in and do it immediately.

Ionut pushed the update … which was missing one semicolon.

The result? Thousands and thousands of fatal errors all over the world.

When he talks about the error, he admits it affected *many* people. However, no one knows precisely how many sites “we” broke with this basic, and some might say classic, coding mistake. We just knew we needed to prevent it from happening again.

Unfortunately, we didn’t learn how to stop it entirely. We just learned a few things about workflow and how to limit the impact of our mistakes.

💡 What did we learn from this mistake?

Mistake #2: Every dream ends with a ticket

Finding a way to help your users go from frustrated to fulfilled is challenging. If you don’t deliver a good mix of delicacy and tact then it is possible to ruin someone’s dream. Unfortunately, we’ve done this a few times. 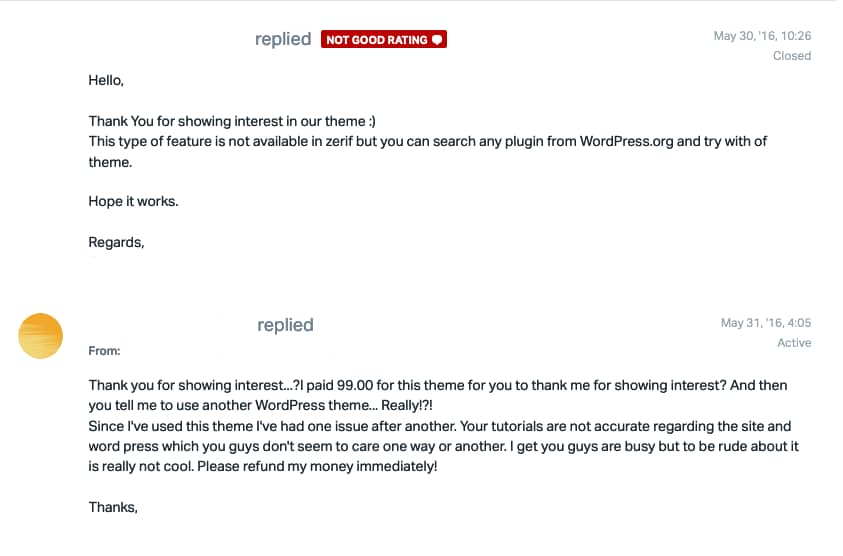 This user gave up on WordPress altogether and switched to Wix.

Another time, we sent 5-7 replies to help a different user using Hestia Free. She wanted to change her mobile fonts. We made a catalog of errors in that ticket too because we didn’t understand the problem or fix it, before directing her towards the WordPress.org forums.

Unfortunately, the customer didn’t go and repeat her question on the forum. Worse yet, she didn’t do much more with her site, which looks abandoned.

In both of these examples, we lost customers because we didn’t do a search through our own knowledge base.

💡 What did we learn from these customer support mistakes?

Mistake #3: We’re all take and no give

Everyone is looking for traction when they release a new product, and we have failed in a few different ways.

We experimented with, and messed up, ads on some big platforms: CSS Tricks (that was me), Google Ads, and Facebook are the ones that come to mind. If you like throwing money into the wind, then ads are a good option.

If you like throwing your time into the wind then outreach is for you. Spend time researching influencers, crafting emails, and then wait, wait, wait for a (no) reply.

In short, these marketing mistakes taught us that getting the product into the users’ hands was more important than building awareness with a celebrity endorsement. For that reason, we decided to give away yearly licenses to the Pro add-on for our theme, Neve. But … we messed that up too.

Although we spent time getting the elements right, we missed one step. We had a dazzling landing page and prepared posts for all of the right Facebook groups. We even mentioned it in a special edition of our newsletter. But, we never tested the purchase workflow.

Initially, things went well. A lot of people jumped on the plans, but only a few of them received the login details. 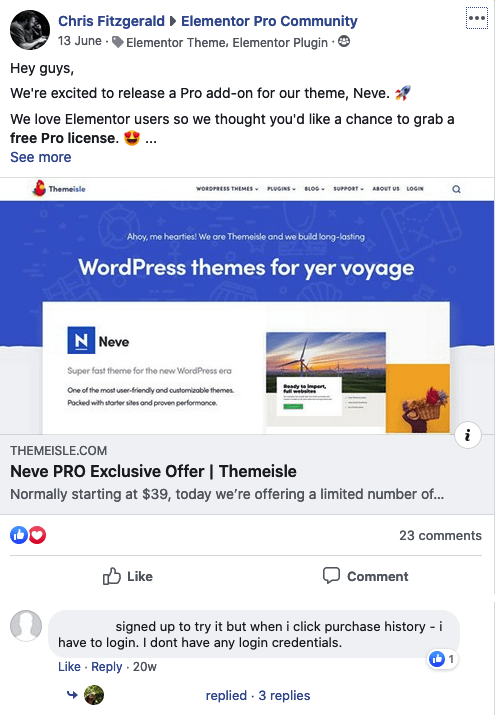 Those who received the login email couldn’t log in.

And if they could log in, they couldn’t see the product. 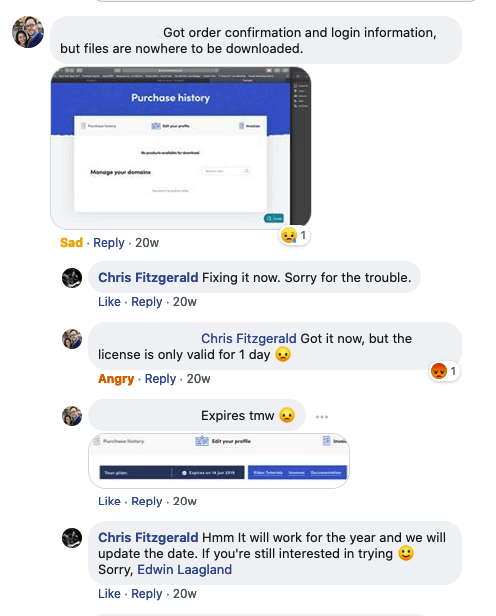 Those who could see the product noticed that the license expired in 24 hours.

And so, all of these users were forced to wait for a manual update to their account. 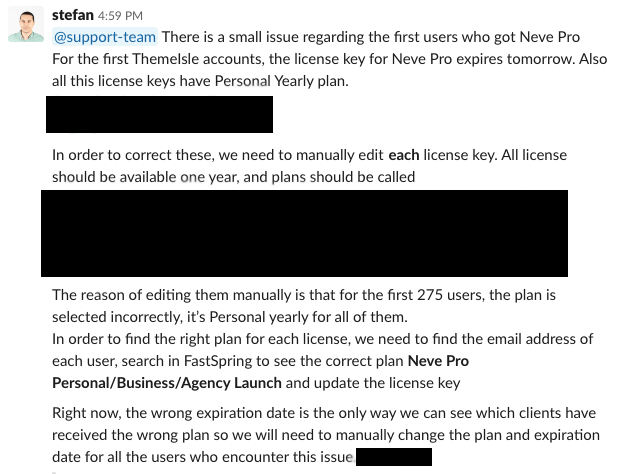 Eventually, we were able to correct all of the issues even while simultaneously getting hammered on Facebook. However, very few of the remarks involved trolling because we explained the situation, apologized, and updated users when their licenses were working.

As a result, we came out of the situation looking good, feeling terrible, but ready to launch a bigger, more successful deal on AppSumo.

💡 How can you avoid the anti-giveaway?

We have pivoted on how we package our themes and plugins quite a few times. Initially, we offered single themes for purchase; however, we changed this to deliver packages that contained all of the themes and a few plugins.

For single-site users, having thirty themes was not that useful. If you like a theme and you want to buy it, then you want to buy *it*. If you’re building a corporate website then having access to a range of niche themes isn’t helpful.

This brings us to the second point, not all of the themes were equally good. A lot of them were average. Users didn’t want an odds and ends package. They expected to have one theme that worked out of the box without a bunch of other products that had a variety of issues. 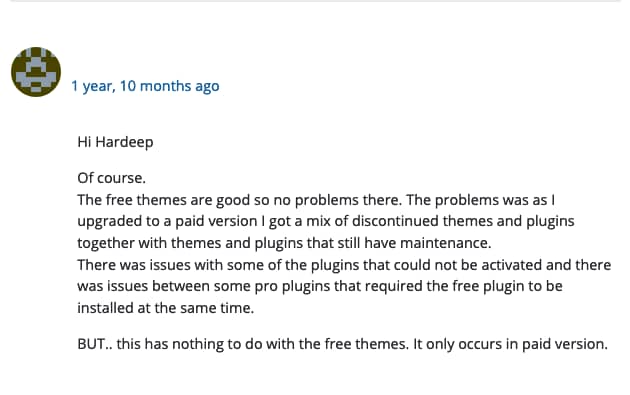 At other times, users didn’t realize they were buying a package and then couldn’t find the theme they purchased among the dozens of themes they received. When your business and marketing mistakes bring legal threats and PayPal disputes, then you know something is wrong… 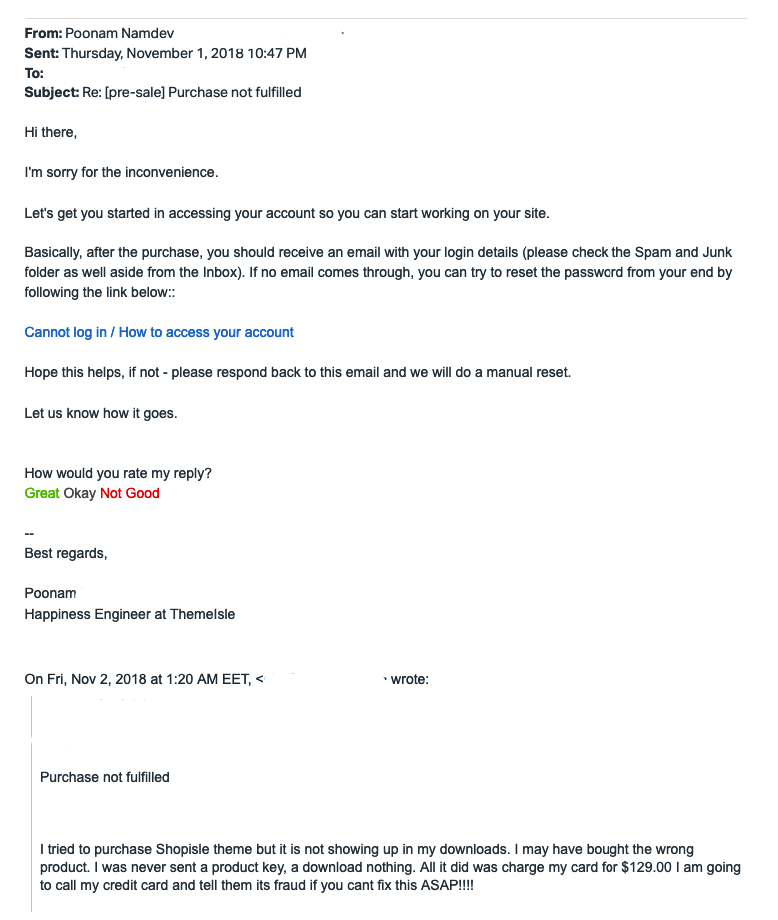 This was all over a bunch of themes and plugins that were not bringing in any independent income. So, we “retired” the useless ones, went back to basics by offering just three themes with starter sites that provided multiple designs that were up-to-date, fast, and beautiful.

💡 What did we learn from these business mistakes:

Some of our themes have been quite popular. Zelle aka. Zerif was active on hundreds of thousands of sites during its prime. As it got older, we decided to provide a new flagship theme, Hestia. When developing the theme, we tried something different and built it using a UI kit rather than from scratch. This challenge helped us in many ways but a few errors slipped in along the way:

When it came to customization, even people who knew code had some trouble getting it working.

We found that people would dig into the code. Break some things. Fix some things. Finally, they’d get their site working right. But then there’d be one more thing. And that would be the thing that would bring all of their frustrations out. Like this reviewer who had a lot of trouble getting Hestia to do what he wanted it to do.

The coding in your theme is the absolute worst. It is utterly ridiculous. And your support doesn’t know anything. I regret purchasing your theme.

One of the reasons why we hate this review is that it is a fair complaint which developed after a few problems. In his case, it was the cart page that was the tipping point. The header did not have a consistent design. 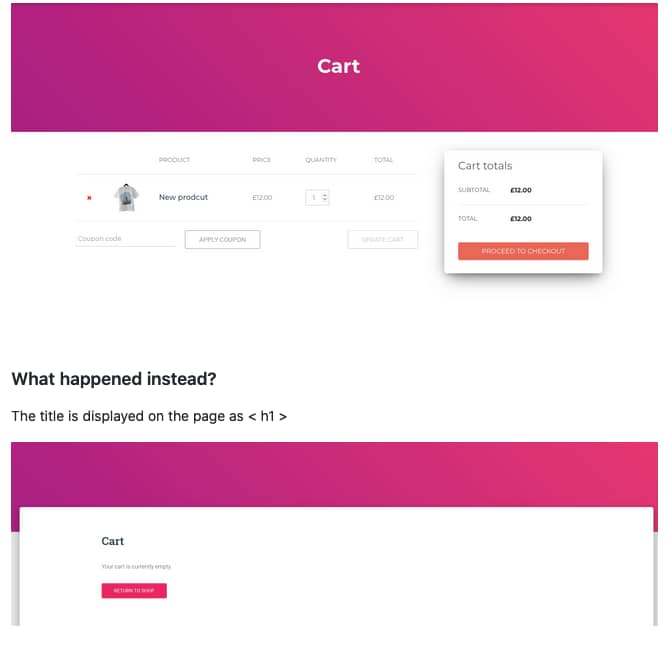 The user didn’t like it, and he couldn’t fix it.

We agreed that the title was a problem and shared code to fix it. The issue was reported on GitHub and an update was released a week later. By the time we closed the ticket, the user was grateful and ordered us to have a great weekend.

💡 How did these reviews help us?

Conclusion: We can outrun even the worst business and marketing mistakes

Reading a list like this must make you feel pretty good, right? We all make mistakes, and businesses can even bounce back and thrive despite them.

And, I am sure that’s not the end of our business or marketing mistakes. I’m sure we will continue making new ones.

The key for us has been admitting to them and taking advantage of the lessons they had for us. This helped us avoid repeating the same mistakes again and again.

Because, the truth is, you can only break your users’ sites once or twice before they run for cover. Who could blame them?

Do you have any skeletons in your business closet? Share in the comments.