CodeinWP content is free. When you purchase through referral links on our site, we earn a commission. Learn more
Home / Blog / WordPress Theme Directory Now ... 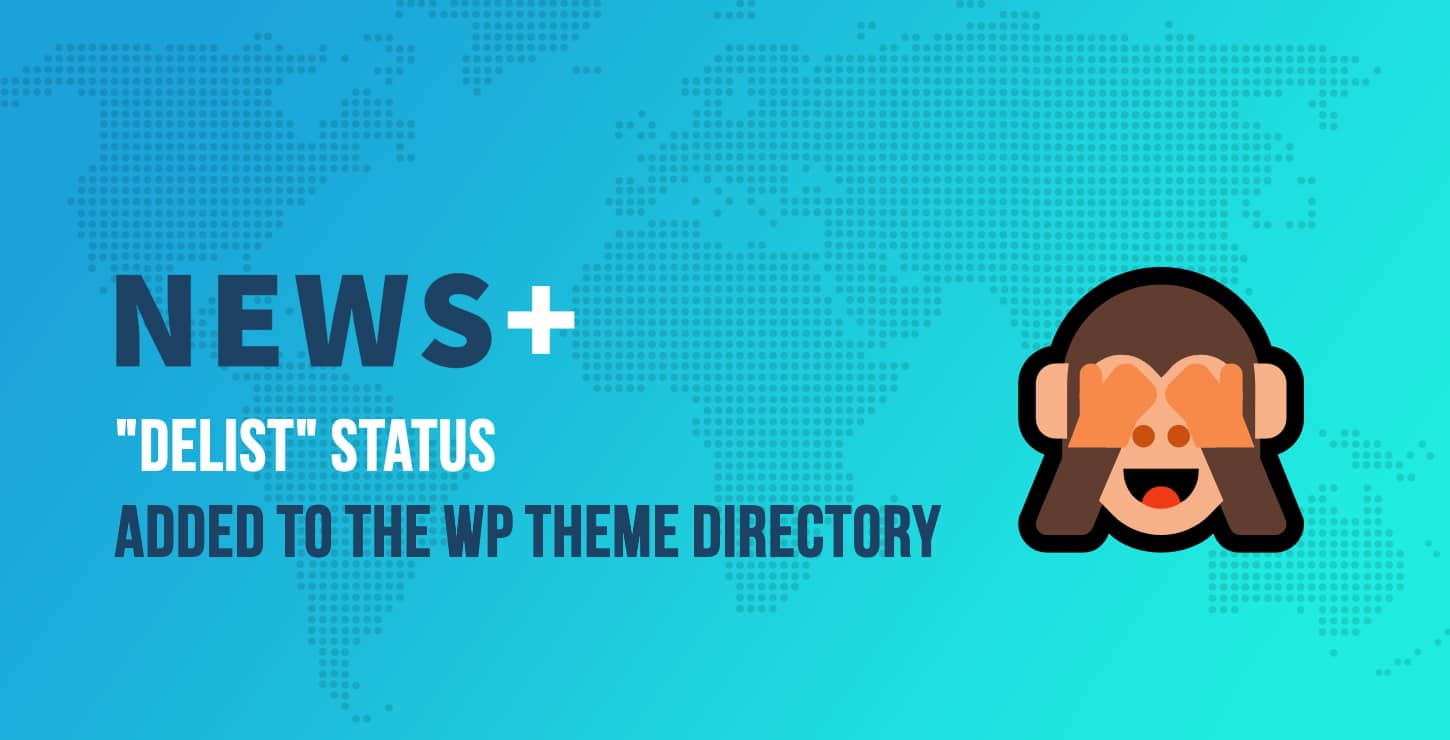 A couple of weeks ago, the main story in the WordPress world was the suspension of Astra – one of the most popular WordPress themes on the market. The suspension was supposed to last five weeks, but it was promptly lifted a day later. (Click here to learn the whole story.)

The way this was resolved created a lot of controversy in the community, with people being equally distributed on both sides of the barricade.

No matter what your stance on the issue was at the time, it became clear that the WordPress theme ecosystem isn’t very equipped to handle situations like that. Specifically, this is about situations where a theme’s violation is on the mild side and removing it from the directory entirely seems too harsh.

This is where  the newest “Delist” status comes into play .

Introduced into the WordPress theme directory a couple of hours ago, the “Delist” status gives the review team an option to temporarily hide a theme from search, while still keeping it available directly and also allowing updates to go through.

Overall, this looks like a good move and is likely to make it clearer what the possible penalties might be for going over the line “slightly” if you’re a theme developer.

Here’s what our own Ionut Neagu, CEO of Themeisle thinks about this move:

The practice of delisting is something that’s already been done by other companies in similar situations. For instance, delisting is what Google does all the time when they find a website that doesn’t comply. Then, the website is allowed to come back and appear on the ranking pages again when the issues are fixed.

In the end, I think this is a move in the right direction and an improvement to the process of what happens with a problematic theme. It’s also a good approach to allow users to find the theme they’re looking for [via search] even if that theme is facing problems at the time.

That said, we all have to remember that no WordPress business would have existed without WordPress itself being there. So, in a way, it’s fair for WordPress to enforce whatever they seem appropriate, and we just have to be okay with it. The introduction of the Delist status is WordPress actually giving us – theme creators – a favor by relaxing the rules a bit.

What do you think about delisting themes from the directory vs removing them completely (and then reinstating)?